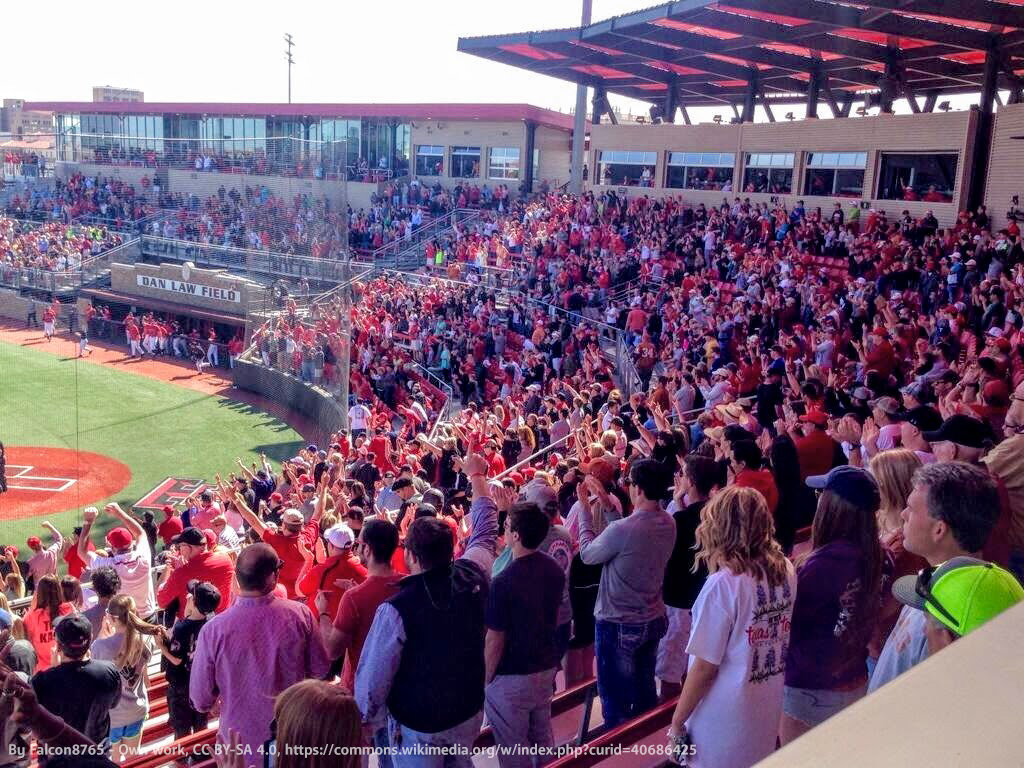 Texas Tech baseball ranked 24th nationally in average home attendance and 25th in the country in total home attendance during the 2011 season, according to figures released Tuesday by the National Collegiate Baseball Writers Association. It marks the 16th consecutive season Tech has ranked among the top 31 teams in the nation in home attendance.

A total of 91,472 fans packed Dan Law Field this season, a figure that ranks 25th among NCAA Division I programs. It is the seventh highest total attendance figure in Red Raider history with an average of 2,771 fans per home game.

The Red Raiders had the third highest total and average attendance per game among all Big 12 programs, trailing only Texas and Texas A&M.